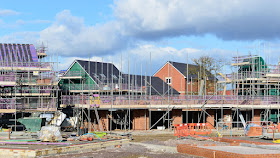 Build to Rent remains a relatively new concept in the UK property sector. For many years, the rental market was mostly populated by mainstream property that had been snapped up by landlords, be they houses or flats. But in recent years, a new-found demand for rental properties from the so-called 'generation rent', and a much more scrutinising demographic to go with it, has meant the market has changed.
Now, the rental market is resting its future growth on the adoption of a more European model, wherein properties for rent are specifically designed, built and sold with the rental market in mind. This type of property - like those seen at the Infinity Waters Liverpool and The Residence Manchester developments by ExperienceInvest - considers the needs of tenants in the target demographic.
And although it's still a relatively new concept for the UK property sector, there has been a swell in purpose-built rental development over the last couple of years, with investors backing off-plan projects and securing themselves guaranteed incomes in the process. Here, we look at how the rental market looks as we near the end of the third quarter of 2017.
According to data from the British Property Federation (BPF), the number of homes created by the fledgling Build to Rent sector already stands at around 16,000, with developers having been quick off the mark in the last two years.
However, it's a look towards the future that shows where the real excitement comes in Build to Rent at the moment. Although London has had double the number of properties completed in this sector than elsewhere, this is set to change in the near future, with the regions actually greatly outnumbering London in terms of Build to Rent stock under construction.
At present, London has 10,313 rental homes completed in the sector, compared to just 5,612 in other parts of the country. But thanks to a swell in demand for high-quality, purpose-built stock in growing cities like Manchester, Liverpool, Newcastle, Leeds and Birmingham, the regions are outpacing the capital, with 11,173 homes under construction, compared to a little over 9,000 in London.
Overall, however, the Build to Rent sector appears to provide an exciting future for rentals in the UK. As the number of young people owning their own properties continues to fall, and a growing number of skilled graduates choose to rent instead, demand for rented accommodation will continue to rise.
And it would seem like the Build to Rent sector will be able to answer this growing demand. At the end of Q2 2017, BPF data shows that when we include completed homes, those under construction and those at the planning stage, Build to Rent already accounts for nearly 84,000 homes, and that's while the sector is still at an early age. Evidently, the best is yet to come.
Head to the Experience Invest website for more information about investing in offplan investment in the UK’s Build to Rent market.
Share
‹
›
Home
View web version